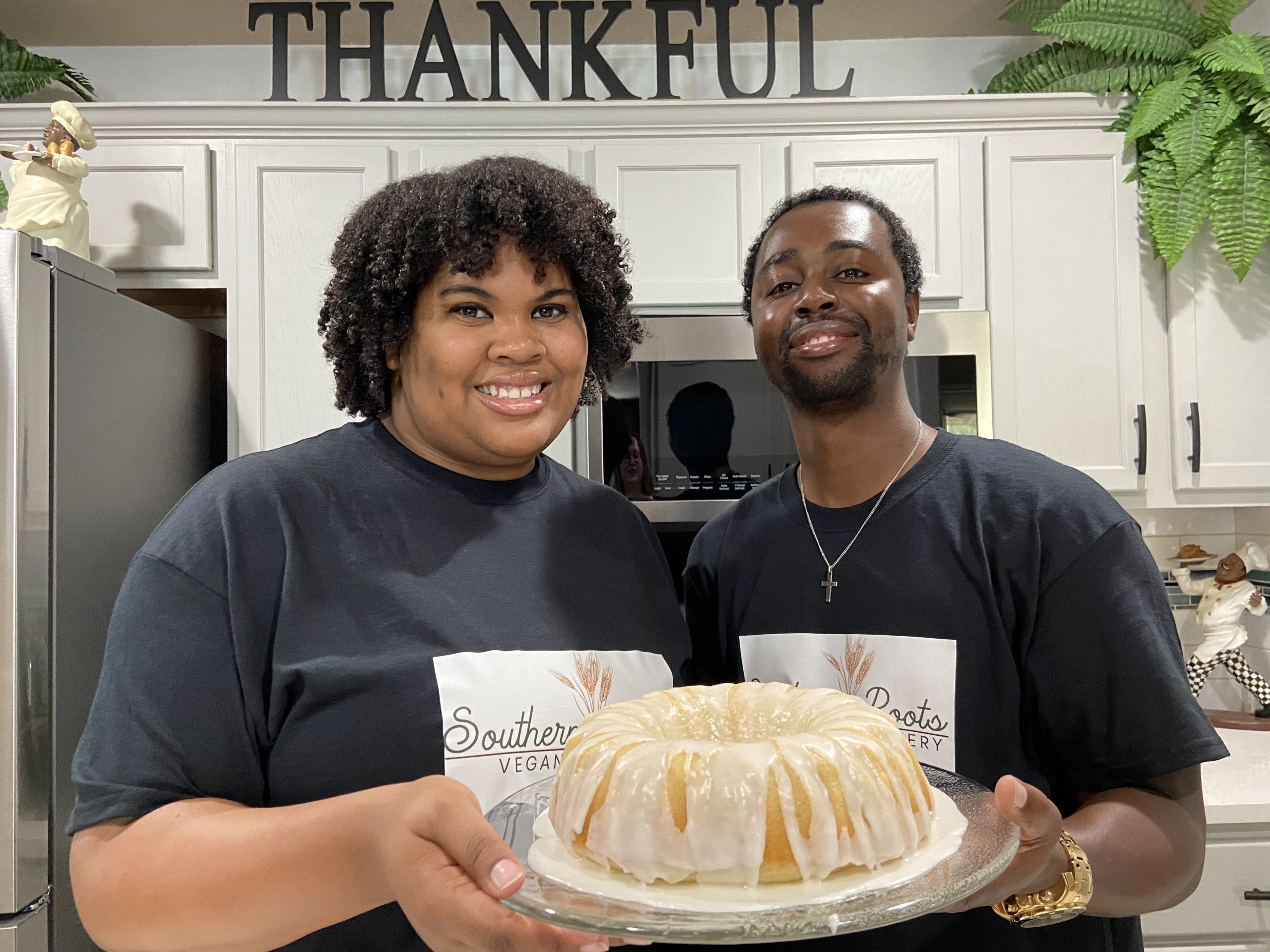 Southern Roots Vegan Bakery, based in San Antonio, Texas, is an online bakery that ships unique scratch-made vegan baked goods all across the United States.

The independent, black-owned business is owned and operated by husband and wife team, Marcus and Cara Pitts, also the master bakers.

The couple started the business in 2018, after attending San Antonio’s Break Fast & Launch program, an incubator for food-based start-ups, and launched their online store in September of last year. Although they have seen a steady pace of growth, they recently went viral, as the Black Lives Matter movement surged these past few weeks.

“It’s bittersweet,” said Cara Pitts. “We’ve been working really hard to put our business out there, but it’s heartbreaking at the same time that this is what it took to get people to support black-owned businesses. We hope people will keep intentionally supporting us and other small, black-owned businesses.”

Marcus added, “We were denied benefits as a small business, so all of the recent attention has been a blessing in disguise. As a black-owned business, our focus is on perseverance and consistency. We have to keep going no matter what because life comes at you fast.”

Both Cara and Marcus were born and raised in San Antonio. The idea for the vegan bakery was sparked after seeing the documentary, What the Health.

“Marcus went full force into the plant-based lifestyle, but I couldn’t find any sweets that I liked, so I started recipe testing and making my own baked goods. I alway liked baking growing up and wanted to develop my own vegan options,” explained Cara, who prides herself on having developed a line of baked goods that are just as moist and satisfying as non-vegan options.

It wasn’t long before friends and family encouraged the Pitts to start a bakery. “We initially focused on making goods for the African American community – things they would like, but we also wanted to be that transition for people wanting to try vegan food but who might have a lot of preconceived notions. That’s why our slogan is, ‘so good you won’t believe it’s vegan,’” said Cara.

One of the welcomed surprises of the couple’s vegan journey are the health benefits. “We’ve seen a lot of improvement with my grandma now that she’s on a plant-based diet. She loves the desserts and can’t tell the difference between them and what she was eating before. Her memory has improved. She has more energy. She’s up until midnight now watching Family Feud,” shared Cara.

For more information on Southern Roots Vegan Bakery and to Order, visit southernrootsvegan.com.

Lifestyle health Diet Stomachache? Your Gut Bacteria Might Be to Blame

Digital Marketing Lawsuit vs. Western Digital wants to end any use of SMR in NAS drives

Dog How old is your dog in human years? New method better than ‘multiply by 7’